Do you believe in Ghosts?

Do you think Ghosts are real?

I was raised in a religious family where ghosts were an illusion that could never be real. But that didn’t prevent my mother from telling about several encounters she had throughout the years. 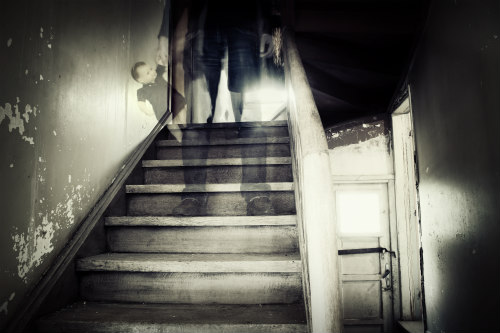 The story I remember most was her trying to convince my father not to get mad at my sister in the middle of the night because my sister was frightened by the old man in her bedroom pushing a baby carriage. My mother explained to my dad that she had seen the elderly gentleman too. In relaying the story to a woman who had lived next door for decades, the neighbor told my mother that the grandfather who used to live in our house had died while out pushing a baby buggy.

As I got older I understood how little we know about the spiritual realm that surrounds us every day. On her deathbed, my mother wanted to make sure I wouldn’t be frightened if she tried to come back to make contact with me after she passed. Rather than being eerie, there was a comfort in considering the possibility.

Then one day I saw The Age of Adaline. I was enthralled with the possibilities of what we don’t understand in our day to day world. My thoughts kept going to what would happen if a young woman lived alone in a house with a ghost? Would it make her nuts? Would it make her sane?

Those were the seeds of Maisy’s Mirror. Living with a ghost ended up making Maisy whole and healed and ready to face the world again. I let go of preconceived notions and drafted a story that is completely plausible . . . if you believe in the possibility of ghosts.

How about you? Have you ever seen a ghost? Do you believe they could be real? Do you think people are crazy who say they’ve seen one? Let me know in the comment section if you’ve ever had an encounter of a spectral kind.

2 thoughts on “Do you believe in Ghosts?”